Oslo – The preliminaries for the 2021 IIHF World Ice Hockey Championship have become one of the most exciting matches in modern hockey history. It is good to note that the Kazakhstan national team became one of the authors of these sensations.

The Kazakhstan national ice hockey team finished the world championships in fifth place in Group Two, stopping a step from the qualifying zone. In seven group stage matches, the Kazakh national team won four victories, two of them – in normal time, and two more – in the penalty shootout series.

We have already written that the Kazakh players have Create a record. The team has scored more points in this tournament than during the entire period of participation in the world’s elite tournaments since independence. 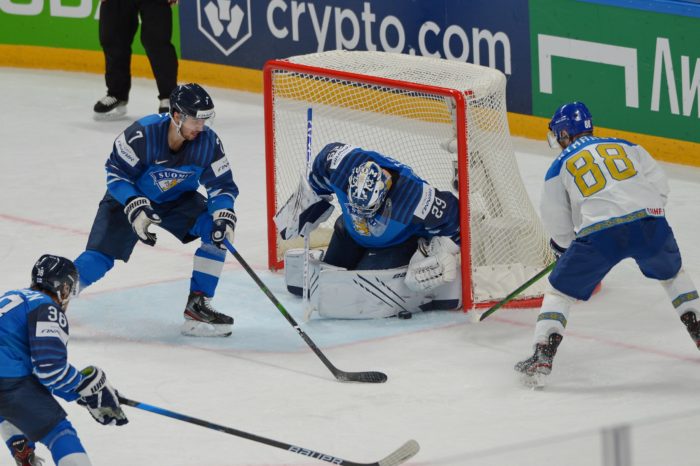 The organizing committee of the World Championship in Riga has chosen striker Nikita Mikhailis, goalkeeper Nikita Boyarkin and defender Darren Dietz as the best players for the Kazakhstan national team.

The list of records also includes the highest number of goals in our attack – 22 goals. We’ve never been fifth in the modern group stage format either.

This achievement can be compared slightly with the exit of the Kazakh national team to the quarter-finals at the White Olympic Games in Nagano in 1998.

At the 2021 World Cup, the Kazakh national team for the first time in many years ceased to be a team that constantly works between the hockey elite and the first division.

In this regard, it is necessary to pay attention to the opinion of the Finnish hockey legend, former Finnish professional ice hockey player and five-time Stanley Cup champion, who was named one of the 100 greatest NHL players in history, Jari Currie who noted before the World Championships that Kazakhstan is capable of surprising in the World Cup.

Later, some foreign experts noted that the Kazakhstan team jumped over its head and played beyond its capabilities.

A pleasant discovery was the playing of the goalkeeper of the national team Nikita Boyarkin and defender Ivan Stepanenko. Darren Dietz and Jesse Blacker played confidently in defense. Veteran Alexander Shen helped the team a lot. Nikita Mikhailos showed his youth and fast hockey. Team captain Roman Starchenko confirmed his reputation. The goal of Artem Likutnikov became one of the top 10 goals of the tournament.

Of course, it is necessary to note the significant contribution of the coaching staff headed by Yuri Mikhailos.

However, appetite today comes with eating. During the tournament, fans were already expecting more from the Kazakhstan team. She is out of the quarter-finals. And he is absolutely right.

And somewhere there was not enough luck. Maybe a little.

Next year, the Kazakhstan national team will again go to the World Ice Hockey Championship, which is scheduled to be held in Helsinki and Tampere.

We hope that the performance of Kazakh hockey players on the Finnish ice will be even more successful in 2022.